Two years ago when Lebron took his talents to South Beach it seemed like the Cavaliers would never recover. Well, it looks like Cleveland has landed a new superstar. Kyrie Irving has been playing phenomenal and he will keep getting better and better. He had his first all-star appearance and won the 3-point shooting contest. Irving has been shooting lights out and he has destroyed the ankles of whoever guards him. The scary thing is that he is only 20 years old. It is Kyrie’s second year in the Association. That’s even more shocking.

I have just jumped on the Kyrie Irving bandwagon and you guys should too. I believe that Kyrie Irving will be the best true point guard in NBA history. I know this is a bold statement but the way he has grown is just crazy. Irving might just pass Jordan when he is finished. You guys probably think I am crazy but Irving is playing like this is his 15th year in the NBA but it’s only his second. Hopefully he won’t break Cleveland’s heart too. 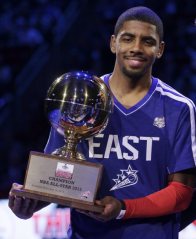 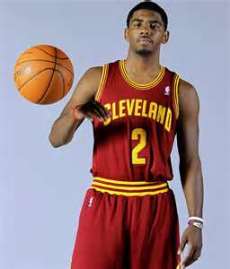