Today’s Match Up of the Day is the Michigan Wolverines vs the Florida Gators. This game is going to go down right to the wire. It is on CBS at 2:20 ET. Both teams have outstanding coaches and they are hot at the right time. 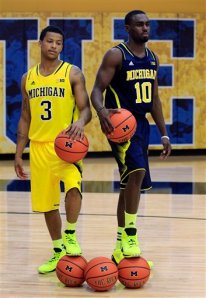 Michigan’s Keys:  The keys for the Wolverines is the play of Mitch McGary. He has been amazing this whole NCAA Tournament. He has to have a big game because he has to guard Florida’s great big man Patrick Young. He has to play very physical because Young is going to try to beat him up in the paint. Also, Tim Hardaway Jr.  has to actually show up today. He is the Maize and Blue’s second best player, but he is a streaky shooter. When he is hot he just drains shots, but when he is cold he can’t throw a ball into the ocean. Hardaway has to play great if the Wolverines want to save the Big Ten and advance to Atlanta to the Final Four.

Florida’s Keys: The keys for the Gators is the play of point guard Kenny Boynton. He 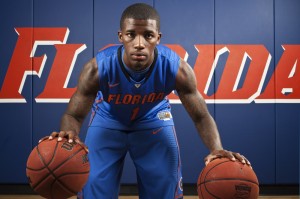 is the heart and soul of this Florida team. He is their best player and the true leader of their team. He has to guard the best player in the country, Trey Burke. We all know that that is a tough task. If Billy Donovan and his Gators want a chance against the Maize and Blue, Boynton has to have a monumental game.

Prediction:  This game is going to be tight but at the end of the day I trust Trey Burke. I have Michigan keeping the Big Ten alive and advancing to the Final Four.