Skip to primary content
The second Playoff matchup of the day, number two Alabama vs number three Michigan State, is a tough old school game. These two teams are going to run the ball and play great defense. This is the formula both programs have used to thrive this past decade. After Alabama’s loss to Ole Miss early this year, Bama made a  lot of changes, but the biggest difference they made was that they started to hand the ball to Heisman winning running back, Derrick Henry. He has been a complete beast this year, breaking the SEC’s single season rushing record. Alabama is going to have to continue pounding defenses with the run game.

Michigan State has been a team of destiny, or it may be that they are just lucky. I am not taking anything away from Michigan State because it is really good to have luck on your side. It is just mind boggling how MSU has pulled out some of their wins. Connor Cook is finally healthy, and I think that is going to he a huge difference in the game. Madre London and LJ Scott, Michigan State’s two running backs are going to have to find some space against Alabama’s huge front seven. Michigan State will need to control the ball, run the ball, and keep the defense honest for them to have a chance in this game. 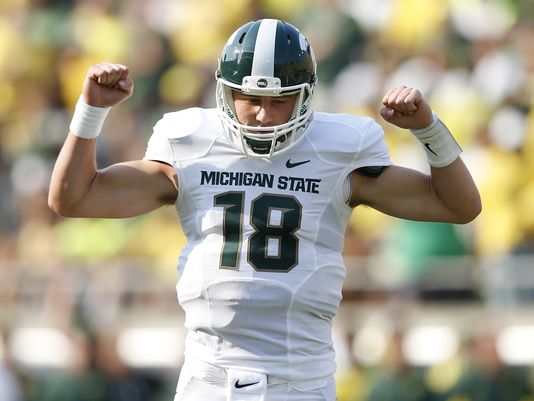 This game will be full and drama and excitement. Reggie Ragland and the Crimson Tide defense will force Connor Cook into some trouble, but I do not think Jake Coker will be able to make enough plays against the Spartans veteran defense, and he will turn the ball over too many times like he did against Ole Miss.
Prediction: Michigan State 28, Alabama 24
Advertisement