Skip to primary content
The Outback Bowl is a classic B1G vs SEC matchup. Northwestern has quietly been a great team. The Wildcats season had big wins against 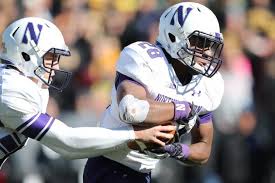 Stanford and Wisconsin. Most people only saw the Cats in their two blowout loses to Michigan and Iowa. Trust me they are a better team then they showed those two weeks. Northwestern has a tough defense, and a smash mouth running back, Justin Jackson. Tennessee may be the most talented team in the SEC, and in my opinion the best in the East division. This inexperienced team blew leads to Oklahoma, Florida, Arkansas, and Alabama. Imagine if they just kept those leads, we would be talking about 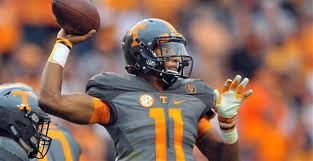 the Playoff. Quarterback Josh Dobbs is one of the most dynamic players in the country. I believe Tennessee is bigger, more talented, and I don’t think they are going to give Northwestern any respect. That is why I am picking the Wildcats. They will have a massive chip on their shoulder. The Outback will be giving free coconut shrimp, because the B1G will win this one.
Prediction: Northwestern 17, Tennessee 14