Skip to primary content
Skip to secondary content
A few weeks ago, Notre Dame and Ohio State were in the top four. These two powerhouses came short of their championship dreams, but this is a pretty good consolation prize. The Ohio State Buckeyes were picked to win back to back championships by everyone. The amount of NFL talent on this team is unbelievable. Notre Dame had an emotional season full of injury. They were two plays away from being in the Final Four. This Irish squad is also full of NFL talent. The x-factor in this game is if both teams will be focused on the game and not their professional future. I believe because of the name brands these two teams are they will both be focused. Ezekiel Elliott will get things going and the Buckeyes will come out on top.
Prediction: Ohio State 40, Notre Dame 35 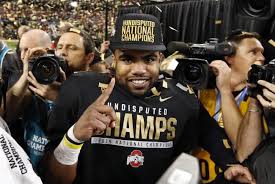 The Bowl season is coming to a close, and the BCS Bowls are next and there is a lot to be excited about.  I am going to preview every game and make a prediction starting with the first two, the Rose Bowl and Fiesta Bowl.

Rose Bowl, Stanford vs Michigan State:It is the 100th edition of the Rose Bowl and this one will not disappoint.  It is the Grandaddy of them all, BIG Ten vs Pac 12.  This game is a fantastic matchup of two stifling  defenses.  We all know Michigan State has the best defensive core in the country, but the key for a Spartan victory, is Freshmen quarterback

Conor Cook.  He had his best game in the BIG Ten Championship vs Ohio State, but throughout the season he has been a little shaky.  Cook needs to come up big for the Spartans to smell the roses.  Stanford is the kind of team that hits you in your face.  They don’t run any of the new spread offenses, the Cardinal will just run it up your gut with their big bruisers up front.  The key for the Cardinal to get back-to-back Rose Bowl victories is their most explosive player, Ty Montgomery.  Montgomery is the only thing explosive about the Stanford offense.  The Cardinal have not faced a defense like MSU’s.  They cannot just run every down on the Spartan defenders, there is no way you can win.  Montgomery has to add another element to the passing game and play like he did vs Washington.  Prediction: Stanford 10 Michigan State 17

The Fiesta Bowl is where the party is at.  The Baylor Bears are trying to make school history with their first ever BCS Bowl game victory.  It has already been the greatest season in the history of Baylor football, but they have a chance to finish it off with a BANG!  The key for the Bears is Senior running back, Lache Seastrunk.  He needs to have a solid 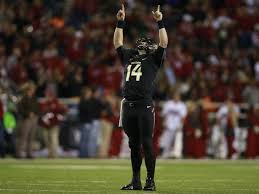 game to take the weight of quarterback Brice Petty’s shoulders.  The bears have a high powered offense and adding a solid run game will make it that much better.  UCF has been the Cinderella story of college football this year and they have a chance to write their own ending to their story book.  The Golden Knights have been carried by quarterback Blake Bortles.  He is the number two rated quarterback going into the NFL draft and he has been the heart and soul of tho UCF team.  The key for the knights to even keep it close is their defense.  They will have a hard time stopping the up tempo offense of Baylor.  What they need to do is watch the tape of the Baylor- Oklahoma State game and use the same defensive game plan the Cowboys used to shut the high flying Bears down.  Prediction: UCF 10 Baylor 43