Today is a great day, Michigan basketball this morning and the Super Bowl this evening. It is the battle of the best. Tom Brady and the high powered Pats offense against Seattle’s Legion of Boom. There is one major problem for the Seahawks, Kam Chancellor, Earl Thomas, and Richard Sherman are all nurturing injuries. Seattle is going to have more role players step up because these guys aren’t 100%.  Here’s how I see it…

Although it hurts me to say this, the Patriots have looked unbeatable. The last team to 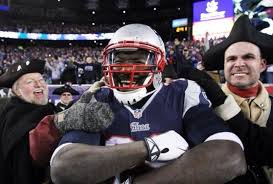 beat them were my Buffalo Bills. Coach “Belicheat” has his team playing at a high level. The main thing that has popped out is how successful the run game has been. When LeGarrette Blount isn’t punching Boise State players or driving under the influence he is a great back. Coming out of the University of Oregon he was highly hyped but hasn’t lived up to it until now. He is a punishing running back. Blount won’t run around the defender he will run through them. He is very similar to Seattle’s star running back Marshawn Lynch. If the Patriots want to be crowned world Champions and not be remembered for spygate and deflategate, they have to establish a run game so Tom Brady can slice through Seattle’s incredible secondary.

The Seattle Seahawks are the best in the business. The Champs are going for two years in a row. Packers fans are still in shock after the Seahawks miracle “come from behind 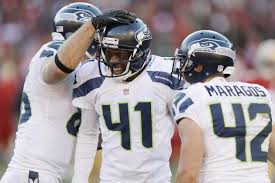 victory”. The Legion of Boom is the key to victory. Cornerback Byron Maxwell will play a crucial role if the 12th man wants one more ring. We all know what Sherman brings to the field. No one throws to his side so Maxwell is going to see a lot of action. I believe he is the most underrated player in the NFL and I am hoping my Bills pick up either him or Derrelle Revis to add to that stifling defense, but wer’e talking about the Super Bowl here. I believe he will shutdown Lafell or whom ever he goes up against and Maxwell will make his money today. 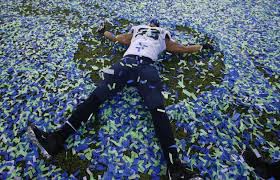 defense will come out on top and repeat as World Champions.