Kevin Durant and the Oklahoma City Thunder have been eliminated, and the summer of KD has begun. Every fan of basketball wants to know, where will Durant go? Many people believe that he could go to Golden State or San Antonio, but I am going to eliminate those options. Kevin Durant may end up on those teams, but I am going to talk about good fits for Durant. If he goes to the Warriors or the Spurs it is blatant that he is chasing a ring. He needs to either stay in Oklahoma City, or go to a place where he will elevate that team to a championship level, not a team that is already at that level. I am also going to eliminate the New York Knicks and Los Angeles Lakers. These teams have been abominations for the past couple years. Adding one mega start to these teams will make them a playoff team, but Durant would never get the ring he has been searching for wearing the purple and gold or in the bright lights of New York City.  I am going to talk about the teams that would be the best fits for Durant to go to keep  his reputation and finally get that championship ring that he deserves.

Heading down to South Beach, might be the most attractive offer Durant is going to get

his way. First of all, moving form Oklahoma City to Miami is a big upgrade, and the big three would be recreated in Miami. There is no doubt that if KD settles down in the 305 they would be the team to beat in the Eastern Conference, and this would lead to a huge playoff rivalry with Lebron James. I am sure everyone wants to see KD and the King face off each year for a chance to play in the NBA Finals. As sexy as this offer seems, I believe that this would be  a good fit of KD, but not the best fit for him.

Imagine KD in the classic green and white playing for the C’s. The Boston Celtics are one

of the NBA’s up and coming teams. Coach Brad Stevens is a great young coach that has his team on the rise, and Isaiah Thomas is a superstar in the making. There have also been rumors that the Celtics are looking to trade for a big man like Demarcus Cousin or signing Al Horford in free agency. The combination of Thomas, Cousins or Horford, and Kevin Durant…this Celtics team would be lethal, and we would have an annual Durant vs Lebron playoff rivalry up likewise in Miami. All of that star power, and just imagine Durant writing his own legacy under the shadows of players like Larry Bird, Bill Russell, and Kevin McHale.  What a story that would be. Boston would be on the top of the NBA once again.

Kevin Durant was born in the Baltimore area, and grew up in Washington D.C. Many 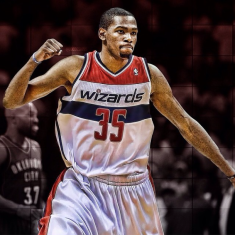 people have speculated that he will pull a Lebron, and play for the hometown Washington Wizards. This would be a great story, and they would be a fantastic team. Imagine John Wall, Bradly Beal, and Kevin Durant. D.C would be ecstatic. This city has been cursed for sports with the Wizards, Capitals, and the inconsistent Redskins, but adding Durant to the Wiz would mean so much to the city and there would finally be some good basketball in our Nation’s Capital.

There are two other new teams that I think Durant may consider, and he should. The  Toronto Raptors and the Chicago Bulls. These two teams are going in opposite directions.

The Raptors have been just on the cusp of a great team. They are the two seed in the East right now, but many people believe that they are paper tigers. The Raptors have been a really good team for the past couple years, but they have yet to become a great team. Adding Durant would make Toronto a team that can actually come out of the East, and beat Leborn and the Cavs. Durant grew up a Raptors fan, and Rapper Drake gave KD a shout out in his new song “Weston Road Flows” maybe this is recruiting to have KD in the Six. The Bulls have been on the decline since they fired head coach Tom Thibodeau in 2015. There have been many rumors that the Bulls should just start to rebuild, but trust me the fans are not ready for another rebuild. Adding Kevin Durant would put these Bulls right back on a champion level. I am a Bulls fan and KD would love the city, trust me.

Have you guys noticed that I have only talked about Eastern Conference teams? I did this for a reason. The West is so strong with the resurgence of Golden State, and the ageless

Spurs it would be hard for KD to get that championship ring in the West. Yet this next team I think is the best fit and they are in the Western Conference. This is where I think Kevin Durant will end up playing next year. This may sound boring, but staying with Russell Westbrook and his boys in Oklahoma City is the best fit for my favorite player. This is the obvious choice, they are already a championship contender with great players and coaching. This is the best case for Durant’s reputation, and he could be one of the rare players whom play with one organization their whole career.

Regardless where Kevin Durant goes, he will have a great amount of success, and I will be wearing those colors too. I can’t wait to see what Durant will do, but I do know one thing there is no wrong choice.

The NBA All-Star Game is tonight and I am going to rank who I think have the best chance to win MVP. 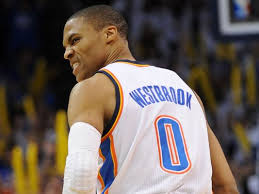 Westbrook always has a great All-Star break and this really has been is best season. He is playing out of this World and is the most explosive player in the game. Don’t be surprised if the MVP Westbrook wins it coming off the bench. 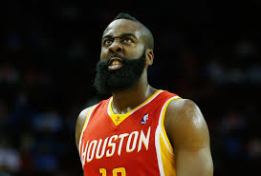 James Harden is playing at an MVP level, leading the league in scoring and he is the best one on one player in the NBA. Me as a Thunder fan, I am still in disbelief that OKC traded him. Harden is the favorite to win it. He will put on a show tonight.

Being from Chicago, I had to put a Bull on this list. Although Butler has been nurturing an injury he said he’s ready to go. Butler has the most upside in the NBA and he is relentless. Many people would be shocked if he brings back the ASG MVP to Chicago, but I won’t be.

Curry is arguably the greatest shooter of all time. Coming off of his very impressive 3-point contest victory, it could be very likely that Steph rides that momentum into the All-Star game and winning the MVP.

Even though Melo and his Knicks have had the worst season possible, the Stars are aligning for Anthony at the All-Star game. His home town is the host city and this will be his last game of the season for him because the Knicks are shutting him down after the ASG. How sweet would it be front of the Knicks fans to see Melo end it with the MVP.