Todays Match Up of the Day is number seven seeded Connecticut vs number 3 seeded Iowa State. The story of this game is the match up at the point guard position. Napier vs Kane will be the match up everybody will be waiting to see.

The Connecticut Huskies have had an up and down season, but they are making up for 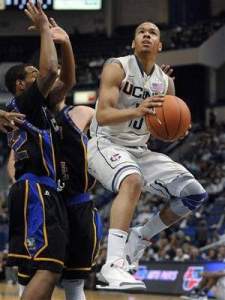 every game by their great performance in the NCAA Tournament. Shabazz Napier is in my opinion the best point guard in the country and he one of the best team leaders in the country. The Huskies have peaked at the right time and a lot of their uprise is thanks to Napier. Napier leads his team in points, assists, and rebounds. This is just astonishing. Napier hasn’t done it all for the Huskies. Napier’s “Robin” Ryan Boatright is a dead-eye from the 3-point line and he has some of the fastest moving feet on defense. Uconn has the best backcourt duo and they are going to be a lot to handle for the Iowa State defense.

The Iowa State Cyclones are back to playing classic Iowa State basketball. DeAndre Kane is a beast. He single handily won the game vs North Carolina. I admire his game so much and I think that he will be a steal in this year’s NBA draft. Kane and Melvin Ejim have to takeover this game because of the loss of stretch center Georges Niang. Niang is impossible to guard. He is a 7-footer and has a good power post game but he can also drain 3-pointers. Niang breaking his foot is an enormous loss for the for this Cyclones game and he will be missed in this game Prediction: I believe that Napier is going to have a Kemba Walker moment for the huskies and take over this game. Uconn 71 Iowa State 68.

The NBA regular season is coming to an end and the playoffs are near which means the NBA draft is around the corner.  I am so excited right now with all that is going on I decided to make a Mock Draft. I will analyze the top 10 NBA prospects and make my predictions. So here is my top 10 NBA Mock Draft. 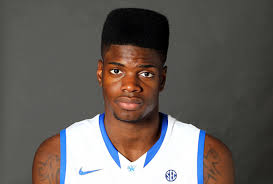 Once again the Bobcats are at the bottom of the pack. They were so bad that they would be better off with their 50 year old owner on the court, Michael Jordan. In my opinion Noel would be a perfect fit with the Cats. He has great upside to his game and is also only a freshman. Noel had his season destroyed when he tore his ACL against the Florida Gators. He has to have time to recover but when time comes Noel will be at the top of the charts. 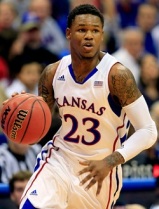 The Magic have really struggled after the departure of Dwight Howard. I think McLemore would be just the man to turn this organization around. McLemore is not at his full potential yet but he will be there soon, and when he gets there he will be a huge star. If the Magic want to get back to the top they need to Draft Ben McLemore.

The Suns have looked like a lost puppy after Steve Nash left to sign with the Lakers. 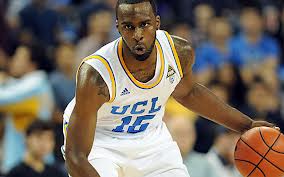 They need some good play at the SG/SF position BIG TIME, and Muhammad will give you that. He was the top recruit going into college, but didn’t live up to all of his great expectations. I think it is because of his inexperience, but he has one year of college under the belt so I think he will be ready. Shabazz Muhammad can help bring the the Suns back to life. 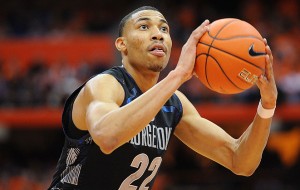 The Cleveland Cavaliers have a bright future with rising star Kyrie Irving. They have one star in Cleveland but it wouldn’t hurt to have another one. I think Otto Porter would complement the play of Kyrie Irving very well. If the Cavs pick up Porter they could be an unstoppable force.

Burke is the hottest name going into the draft, winning every single player of the year award possible. He has had many comparisons to Chris Paul, who used to be a 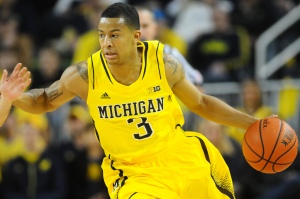 Hornet. Once Paul left, New Orleans has really been in the bottom of the standings. They need a new Chris Paul, and Burke is the man to do it. In my opinion Burke is the best player going into the draft and loves the big moments. Burke is the best college player and he will be a huge name in a couple years in the NBA. Last year the Hornets picked center Anthony Davis number one overall and with Burke along side him the Hornets will be back in playoff contention, and maybe even title contention. The New Orleans Hornets need to draft Trey Burke. 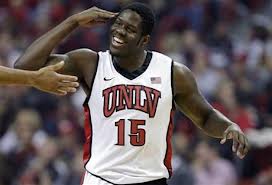 The Pistons have a solid front-court but Bennett has too much talent to pass up. He’s very young but his talent makes him look like a fifth year senior. He is long and lengthy, can score inside, a solid shooter, and he is a threat from three point range. If the Pistons pass up Bennett they will make a big mistake. 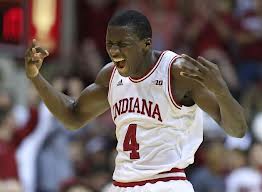 The Kings have had a rough year and the locker room has been dead. No one wants to give the ball up, there are some problems in California’s capital. Oladipo is the man to spark up the locker room in Sacramento. His electrifying game will get the bench up on their feet and brighten up the mood in Sacramento. The Kings should definitely draft Victor Oladipo. 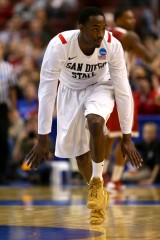 The Nation’s capital hasn’t had a good season since they were the Bullets. Jamaal Franklin could get them out of the shadows though, he already did it to another program when he was at San Diego State so why can’t he turn the Wizards around? He is a lethal three point shooter and is automatic energy.  Jamaal Franklin would be a total steal. 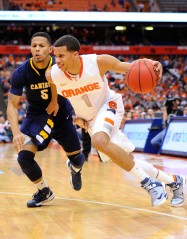 The T-Wolves looked like a playoff contender at the beginning of the year, but they slowly moved their way out of contention. They could use Carter-Williams. He is explosive, quick, and a good passer. He would a great back up for the always hurt Ricky Rubio.

The Thunder have dominated the Western Conference, and they are my pick to win the NBA Finals this year. GR3 had a great freshman season with the Wolverines and has boosted his draft stock very high. He is a high flying explosive dunker that will 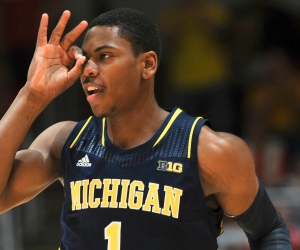 always get the crowd roaring, and in OKC the crowd is already 100x louder then any other team. He has developed his three point shooting and is always a threat from mid-range. Robinson is still very young but playing behind superstar Kevin Durant will elevate his game. He will be a good back up at the small forward position, which they need and he will learn from Durant. I think Glenn Robinson III will be a future superstar in the association. The OKC Thunder wouldn’t want to miss out on Glenn Robinson III.