The Atlanta Hawks are shocking the world. No one would have thought that near the All Star break they would be in first in the Eastern Conference. This is a team that barely made the p 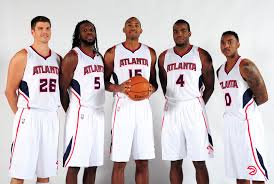 layoffs in the East last year. Coach Mike Budenholzer is no doubt the coach of the year so far. This team has no true superstar, but somehow they are beating the East and the power houses in the big bad West. I watched them live when they played Chicago. The way they move the ball is magnificent. Jeff Teague is the perfect point guard for their system. Kyle Korver has been lights out from three. Al Horford has played like an all star, likewise wise with Paul Milsap. There are those who doubt and say there is no way a team like Atlanta could win in the playoffs. I am not one of the doubters. Look at the San Antonio Spurs, Altlanta plays just like them.  To be honest I believe the Hawks are the team to beat in the Eastern Conference to make the NBA Finals. Believe the hype because the Atlanta Hawks are coming and they are not afraid of anyone.

whole Miami team.  Many people say, if Lebron was healthy the Heat would have come out of San Antonio with at least one win.  Myself, I am questioning Lebron’s toughness.  He is being compared to Michael Jordan though he leaves the game because he was cramping, when Jordan played his heart out while suffering the Flu and had his most historic game.  Yet Lebron abandons his team because he was cramping. I don’t think you can compare him to Jordan.  That is enough on ripping one the greatest player in the world, mark my words Lebron James is going to single handily beat the San Antonio Spurs in game two.  Since Lebron James joined the Miami Heat they have never lost a playoff series after losing the first game of the series.

The key to the entire NBA finals for the Champs is Dwyane Wade.  Wade has been unhealthy throughout this entire season, but when the playoffs started up, so did Wade.  Dwyane Wade is the only player on the Heat that the San Antonio Spurs cannot guard.  Wade needs to finish a game.  He started game one on fire, but the he slowly cooled down as the game advanced and in the fourth quarter.  If the Heat want a chance against the best coached team in the NBA he has to show up like he has done in every other series. 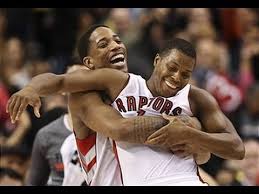